Each year, EVCCA produces a report on the legislative session, which lists bills that have the most significance to East Valley businesses. It reports how each East Valley legislator voted on legislation relevant to the EVCCA. We hold a breakfast in December with legislators to discuss the next year’s agenda, and we employ our own lobbyist, Tom Dorn.

One alliance objective is to inform members of bills that will be on an upcoming ballot and their projected effect. Business owners in the East Valley need not feel helpless about government influence on their business. Each of us has the opportunity and responsibility to understand the issues and to get out and vote. 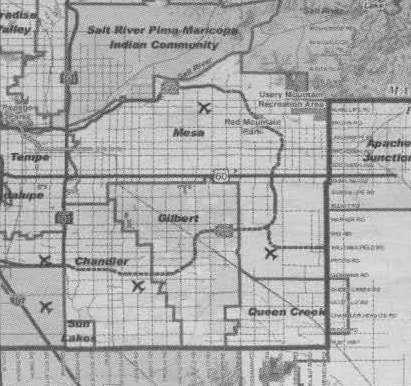 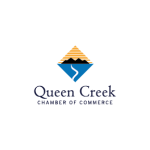 When monitoring the political dynamics associated with a client project, bill or ordinance, we orchestrate strategic efforts ranging from grassroots advocacy campaigns to written testimony for our clients with specific messages tailored to secure a swing vote of a particular policymaker.

We are skilled in bill and ordinance drafting, amendment preparation and the rules of various governmental bodies.  Our personal relationships with Congressional members, state legislators, county supervisors, city council members, tribal council members and their staff provide access for our clients’ concerns to be conveyed in a timely and effective manner.

For more information regarding our firm, please visit www.dornpolicygroup.com. 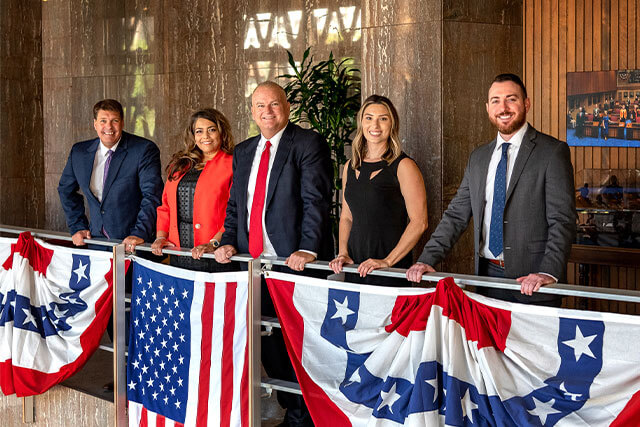 Tom Dorn, President of Dorn Policy Group Inc., has a diverse background in government and politics at the federal, state, county, municipal and tribal levels.

Prior to starting Dorn Policy Group Inc. in November 2000, Tom was a Partner for three years at Jamieson Gutierrez, a former public affairs firm in Arizona. There he was the chief legislative strategist and lobbyist for the firm’s extensive list of clients including America West Airlines, Cox Communications, Fiesta Bowl, Hitachi Data Systems, Hopi Tribe, Reliant Energy, Southwest Student Services and the City of Tucson.

Prior to his move to the private sector, Tom served as the State and Federal Lobbyist for the Arizona Department of Transportation. There he was instrumental in the development of Republican Governor Fife Symington’s federal transportation policy and served as the key resource to the Arizona Congressional delegation for the federal reauthorization of the Intermodal Surface Transportation Efficiency Act.

Tom has also worked as the Legislative Director for the Arizona State Land Department, where he secured passage of legislation to allow two referendums regarding state land exchanges to be placed on the state general election ballot.

Professionally, Eric most recently served as Vice President of Public Affairs for the Tempe Chamber of Commerce where he developed one of the leading government relations programs in the region representing members from a wide variety of businesses and industries.

Prior to making the trek across the country to Arizona in 2000, Eric represented the Greater Manchester (New Hampshire) Chamber of Commerce in local, state and federal relations. As Manager of Government Affairs for the Manchester Chamber, Eric directed a successful political campaign to construct a $96 million municipal event arena. Eric also worked with local and state officials to construct the model system for electric deregulation.

From 1997 to 1998 Eric was the Governmental and Community Affairs Manager for the Waterloo and Cedar Falls Chambers of Commerce. Representing diverse business interests, Eric lobbied local, state and federal lawmakers to successfully complete US Highway 20 across the State of Iowa. In that position, Eric also helped create Iowa’s successful Enterprise Zone program. 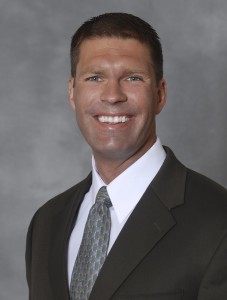